The story of Suntax begins in 1989 with our founder John Lawry. 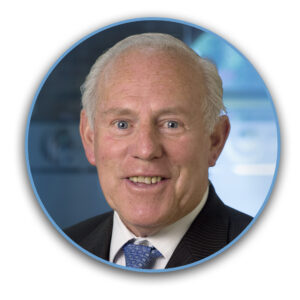 The story of Suntax begins in 1989 with our founder John Lawry.  Trading in Sunbury as “J.K. Lawry & Associates” we had just two employees. The business grew steadily and strongly through the introduction of the GST in 2000. With this growth came more opportunities, and in 2006 we changed the company name to ‘Suntax’.

In 2009, the business entered its first Joint Venture (JV) with Akambo Private Wealth to provide financial planning and wealth management services to our accounting clientele.  A service we still provide today under the banner of Suntax Wealth Management.

In 2011, the business morphed into a corporate structure with the introduction of Mark Lawry and Daniel Riley as Directors and owners. Shortly after this the business merged with the firm owned and managed by Brent West trading as ‘West & Williams’.

On the 20th of January 2012 West & Williams moved into a Melbourne CBD office and from this date they began trading as ‘Akambo Tax & Accounting’.

A second JV was entered into with Mortgage Choice in 2013.  Designed to offer our clientele further services, this time in the lending segment of the financial services market.

By 2017 it was obvious that the time had come to streamline, and the Akambo Tax & Accounting name was changed so that both our Sunbury and City offices were recognised under the one title of Suntax.

Two smaller firms, one in Sunbury and one in Keilor, were acquired in 2018.  Following on from this, our commitment to the local community showed us that the transient nature of the CBD was not aligning with our Suntax values.  So, in late 2018 we relocated the City office, as well as our newly acquired Keilor office, to a brand-new location in Essendon.  It was at this time we also established Insurance and Legal JVs.

2019 saw the retirement of our founder John Lawry.

The year 2020 saw the inauguration of the ‘Golden Calculator’ award in John Lawry’s honour.  It is awarded to the team member who best represents the values and culture that John Lawry has instilled into the heart of Suntax.  These six values include being 100% authentic, treating the work as if it were your own, working as one team, being professional, being positive and just as important, the need to have fun.

We are driven by helping make your life better. Both now, and in the future. We are a multidisciplinary business with specialist accountants who provide full business services including Accounting and Tax, Tax Return & BAS preparation, GST Advice, Bookkeeping, Superannuation (SMSF) Processing, Legal, Financial Planning and Insurance Services.